Armed Robbery at Cochran's in 2013

FROM THE COCHRAN'S COUNTRY MARKET ARCHIVES

ROTHESAY – In the 18 years since Cochran’s Country Market opened in Rothesay, Tim Cochran said he never dreamed the business would deal with anything like the armed robbery that took place early Tuesday morning.

It was about 1:30 a.m., while two regular night-shift employees were busy baking bread, when the popular market was invaded, Cochran said.

“Three individuals with guns came in our back door, obviously surprised our two employees, and then tied them up with zip ties.”

Cochran said after tying up the employees, the intruders broke into his office and removed a safe used to store coin and small amounts of cash.

“Nobody was hurt and nothing else was really damaged, we just lost the safe,” he said.

Cochran said his store is armed with an alarm and security system, but he would be unlikely to even consider this type of crime as being a possibility at the Market, located at 106 Hampton Rd.

“We’ve never had anything like this. There’s been a little bit of vandalism and the odd missing flower basket, but nothing so serious.”

Rothesay Regional Police issued a statement on their Facebook page confirming an armed robbery had taken place and an unknown amount of money was stolen.

Const. Krystal Daley said no further information will be released, but police are investigating the robbery. They’ve asked anyone with information to call police at 847-6300 or anonymously through Crimestoppers at 1-800-222-8477.

Cochran said he’ll be taking a closer look in the future at how he keeps his business and employees safe.

“I guess it does change the rules a bit in how we look at things, I think we’ll discontinue having a night crew here, and we’ll lock the place down,” he said.

There was no sign of the incident slowing the business down on Tuesday, as a steady flow of customers came in to purchase local produce, meat and other groceries.

David Mowatt of Rothesay has been shopping at Cochran’s since it opened in 1996, and said he was disappointed to hear of such a positive business in the community being targeted by crime.

“It would never occur to me that could happen, but I suppose maybe we should expect things like this. It’s a very busy community and it’s growing,” he said.

“I know the customers will be here no matter what goes on.”

Cochran said he had a long chat with his victimized employees at the store while police were investigating, and while initially shook up, he said they were able to share a laugh or two and were calmed down after a couple hours.

He said Cochran’s will soldier on as usual, and he’s just relieved the situation didn’t unfold any worse than it did.

“At the end of the day, the loss of money is too bad because we work really hard to earn it, but nobody was hurt, so it’s positive that way.”

Message from Tim at Cochran's....

We are feeling the love from our fabulous community after news spread that there was an armed robbery here at Cochran's early Tuesday morning. Thank you to everyone who has contacted us and shown us support all week since the shocking event.
We're happy that no one was seriously hurt and we are taking measures to ensure the safety of our Cochran's family. Thank you to everyone who has called and checked in....we appreciate your support and best wishes. 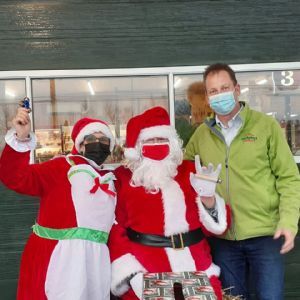 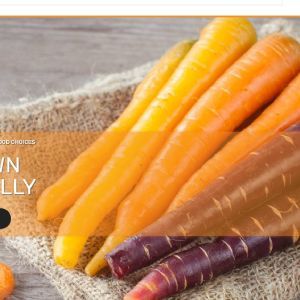